Egyptian born Hisham Zahran is certainly making a name for himself in the clubbing world.

Submerged in electronic music for as long as he can remember, it is with no surprise that by the age of 18 he set out to learn the tricks of table turning. He instantly developed a refined ability to select tunes, particularly influenced by thelikes of John Digweed, Jody Wisternoff and Steve Lawler, who taught him the secret to leading a club and its crowd from behind the decks.

At first, Hisham started djing in the local clubbing scene in some of the biggest venues of Egypt such as Summermoon, Andrea Sakkara, Moods Beach and Ghazala Beach . These clubs have hosted world renowned djs including Dave Seaman, Sander Kleinenberg, Anthony Pappa, Mathew Dekay and Sultan. But Hisham has firmly distinguished himself with his deep, melodic progressive and tech House, making him a favorite amongst Egyptian clubbers.

In 2007, Hisham competed in the prestigious Heineken Thirst Competition held in Egypt every two years, where he successfully qualified in the finals that included 8 djs out of 60 submissions. By 2008 it was no surprise that Hisham's talent started being recognized in other continents like Asia and Europe after playing in clubs like Pacha The Park Chennaiin India, Sakltikent and Akman Tower in Ankara Turkey and Full House in Prishtina. 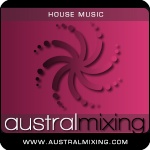